Why Saving Time with Technology Isn’t the Ultimate Goal – #MindfulTech 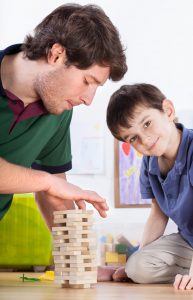 I recently came across an interesting study conducted by Pew Research late last year. It was all about the challenges of raising kids when mom and dad both work full time. One of the findings really struck me: half of the men, and 39% of the women stated that they felt that they “spend too little time with their kids”.

On the surface, that’s just the kind of thing our 2016 #MindfulTech series is designed to address, by offering smart technology suggestions that will help you save time. I’ve already offered some guidance in that direction.

But today I’d like to take that line of thinking and extend it a little further. So let’s say you take advantage of a new technology or system, get organized and actually earn that extra time. And you do carve out more time to spend with your family.

What Does “With” Mean?

Strange question, I know. But I think it’s an important one. Because I think it might just be true that technology is part of the reason we don’t connect with our kids enough now.  When you’re “with” your children, are you playing a board game with them, or staring intently at the screen of your cell phone while they play a video game a few feet away?

The whole thing reminds me of a television commercial that I’ve seen a lot lately for some kind of sports-related smartphone app. It shows a guy and his young son, side by side, dancing in response to animated characters (carrots, I think) encouraging them from a video game on the big screen. What the son doesn’t see is that his father is actually hating every minute. Dad seeks relief from this “unbearable” state of affairs by sneaking glances at his phone and ultimately celebrating when he sees an all-important sports score he likes.

Sorry if I sound like I’m preaching, but I think our families would all be better off if we really engaged with them during the time we are able to spend.

So let’s make it a point not just to be home, but to be present. Just because we are doing something under the same roof doesn’t mean we are “with” them. And let’s be honest – watching television alongside them just doesn’t cut it. They can do that alone.

Let’s consciously think about things we can do to make those times meaningful. A regular game night where each week a different person picks the game.  Or a book-sharing hour. Make it something fun.

Go outside with a sled or a snow disc, or have a good old-fashioned snowball fight. See if there are any festivals or community events to go experience. Take them bowling…and try something new and leave your smartphones at home.

Come warmer weather (roughly June 28 to August 14 here in Michigan), be creative. When was the last time you played mini-golf? It’s one of those rare pastimes that anyone can do and it just might be more fun if you’re not very good at it! And what about  getting out the old plastic bat and ball to fool around in the yard? Chances are you can still look like Babe Ruth out there!

I’ll continue to post ideas for saving time, money and hassle during 2016 through #MindfulTech, but if one of your goals is to spend more quality time with the people you love, make it count once you do. Spend it really with them, not just near them.

Any thoughts on this, I’d like to hear them so give me a call or leave a comment below. Maybe you’ve got some great ideas on how to make that “more time with the family” a little more special, too.

Keeping Up With the Manufacturing Industry

How Do I Get My Labels Fast? You Need Speedy Solutions

Channeling Information: Keeping Up with the Economy