How You Can Thrive Professionally and Personally in 2015 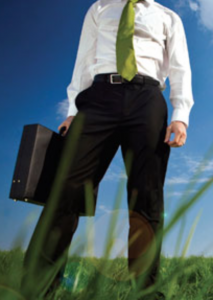 Have you set any New Year’s resolutions this year?

As a cultural phenomenon, resolutions are just another way of acknowledging that a new year is a new start. They are often a little cliché and not often followed through for the entire year, but they can be, and they don’t have to fall prey to cynicism or a high sugar intake. So instead of asking what your New Year’s resolutions are, work backward: How can you thrive both in your personal life and professional goals this year?

Yes, it’s still a broad question, which is why I’ll be focusing on specific aspects of that overall goal throughout 2015 in my #THRIVE15 series of posts. But first, let’s look at the word thrive, which originally came from several old world words meaning “to grasp or take hold of oneself” or “to seize.” To thrive is to flourish, take action, or to seize the time give to you. And that calls to mind one very well known Latin aphorism.

Carpe Diem: How To Seize Every Day This Year

In order to set tangible goals we first need to specify where personally and professionally we want to thrive. Below is a list of topics we’ll cover in more depth later on, but for now we just need to name them:

You’ve probably noticed that the six goals above all pertain to professional life more than personal life, and, outwardly, that’s true. But the two are probably not all that separate. One always affects the other. If you thrive in one, you’re more likely to thrive in the other, so that, before you know it, you’ll be happier and more focused at work and at home. And if you tune in to our blogs throughout this year, without really realizing it, you’ll have already set and accomplished your New Year’s resolutions.

Three New Trends in Labels for Shipping and Marketing

Top 10 Blogs for the Distribution Industry