Honoring “Our Charlie” for His Service This VJ-Day 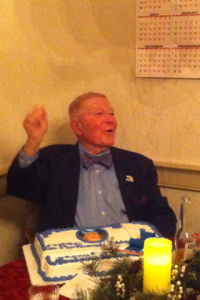 Thank You Charlie Petron for Your Service

It is not often you run into a guy like Charlie. Aside from his penchant for wearing bow ties, he is just an all around fantastic guy and quite a character. It was a great to see that he was honored in the York Dispatch News this week.

Some members of our Superior Family, like Linda Nestor in our York, Pennsylvania office, had the great pleasure of working with Charlie for 25 years until he retired last December. And let me mention that he will be 93 in September, so Charlie was 92 years old when he retired from our York office in December 2014! 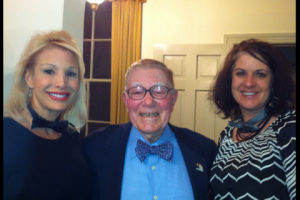 Charlie used to work for Standard Register Company and when Charlie retired from Standard Register, he was hired by a company we acquired about 13 years ago. That acquisition brought us some great folks and Charlie was one of them.

Charlie is known for wearing Bow Ties and during his retirement party we all wore bow ties in his honor and we miss him around the office but he will always be a member of our Superior Family. 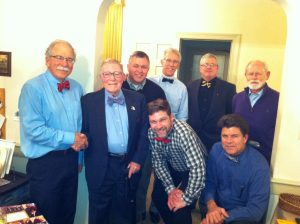 Charlie has 9 children, and a bunch of great and great, great grandchildren, many living in the York area. We all just adore him and want to thank him, and all who served, this VJ-Day and always.

Sad News To Report As Standard Register Files For Bankruptcy