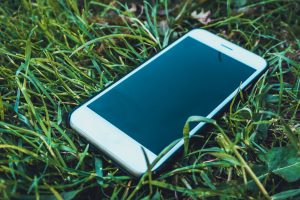 Reading my recent series on “unplugging” may have made you think something like this; sure, it sounds reasonable to me, but that doesn’t help me much if my boss doesn’t see it the same way. Just because there’s plenty of evidence that being “unavailable” by smartphone or email for a fixed period of time each day or each week pays dividends, but that doesn’t mean it’s an easy sell for you.

You may have a boss that is so traditional, or perhaps so “goal oriented” that he or she still measures your loyalty or productivity by how many hours per day you act like you are “at work.”  I know it’s difficult to pass along an article about the increased productivity that results from clearing your mind, enjoying your family and doing things that interest you. But if it ever comes up in conversation, you could do a pretty good job of name-dropping.

More and more it appears that the leaders of companies and organizations are realizing that people are simply more creative and productive when they are permitted to (or make the decision to), remove themselves periodically from 24/7/365 office communications, social media and email. Doing so allows them to focus on other things, which can include work projects that require serious thinking during the day, and family and personal interests that deserve attention during off hours.

I saw a recent article on the Inc. Magazine website that gave a few prominent examples. It showed that some of the most respected business minds around not only believe in unplugging, but practice it themselves. Josh Kaufman, very successful author of “The Personal MBA”,  commented that it only made sense that if you need to focus, the fewer things working against that focus the better. He is considering removing Internet access from his office entirely.

Srini Rao, a well-known entrepreneur and founder of the popular Unmistakable Creative podcast, blocks email and social media after 7 p.m. each evening, and turns his phone off for several hours each day. Think about that – someone who has built his reputation via social media realizing the need to limit its power over his day.

Finally, consider the late Steve Jobs, who probably is more responsible than anyone for the electronic gadgets you now depend upon every day. He is said to have considered his most important decisions and had his most consequential conversations while taking a good old-fashioned walk, unaccompanied by any cell phones, tablets or other electronic distractions.

So even folks who have accomplished great things based on electronic devices and social media connections know the truth that unplugging is uplifting.  When you’re at home, be present there and not constantly on the phone with your office. Even when you’re in the office, don’t be afraid to disconnect from social media and break the smartphone stranglehold. Do what you have to do to focus on what’s important.

Are you a business owner or manager? I’d like to hear about any steps you have taken to protect hours of work or personal time from electronic interruption. Please feel free to leave a comment below or get in touch with me to share your experiences on this issue, and I’ll be happy to discuss what I’ve heard from other customers and colleagues. I’ll pass along any interesting comments in future posts – as long as you promise not to read them during your family time.

5 of the Greatest Sports Quotes to Inspire You In Business

Can You Improve Your Creativity and Success with Quiet Time?