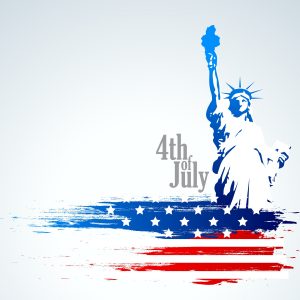 This Independence Day Let’s Give a Little Back

A lot of people prepare for the Fourth of July in similar ways – not wanting to waste a moment of our long awaited three-day weekend, we already have the car packed with tents and coolers, and we’re ready to hit the road at the moment of freedom. Some of us arrive home, grocery bags overflowing with chips or bristling with fireworks and patriotic sparklers. We fire up the grill and call up family and friends.

Independence Day has probably looked the same for most people since Congress made it a paid holiday in 1938. The parades, picnics, concerts, games, festivals, and reunions all celebrate our small freedom from routine as much as they do our greater freedom from Great Britain in 1776.

But there are those whose celebrations of freedom are tainted by an injury they sustained on the field of battle. These brave men and women were wounded in the act of preserving that freedom we take for granted now. So this Fourth of July, what if you and your co-workers were to take the effort to support some of our warriors who are back home with injuries? Here’s three ways you can help.

Join the Fight for Freedom

This Forth of July, Superior Business Solutions would like to challenge you and your co-workers to look into one of these organizations. And, of course, we’re practicing what we preach. CEO, Bill English has chosen an organization for Superior, and we are coming together to make donations this week and next.

Let’s take the time to celebrate our freedom with a little giving back to those who fought for it. After all, freedom wasn’t just something attained at the birth of our nation – it’s something fought for every day at home and on other frontiers.

We Honor the Sacrifices Made By Our Veterans

How to Overcome Separation (From Work) Anxiety and Unplug!